CINEMAFORUM and AMERICAN FILM FESTIVAL together once again! 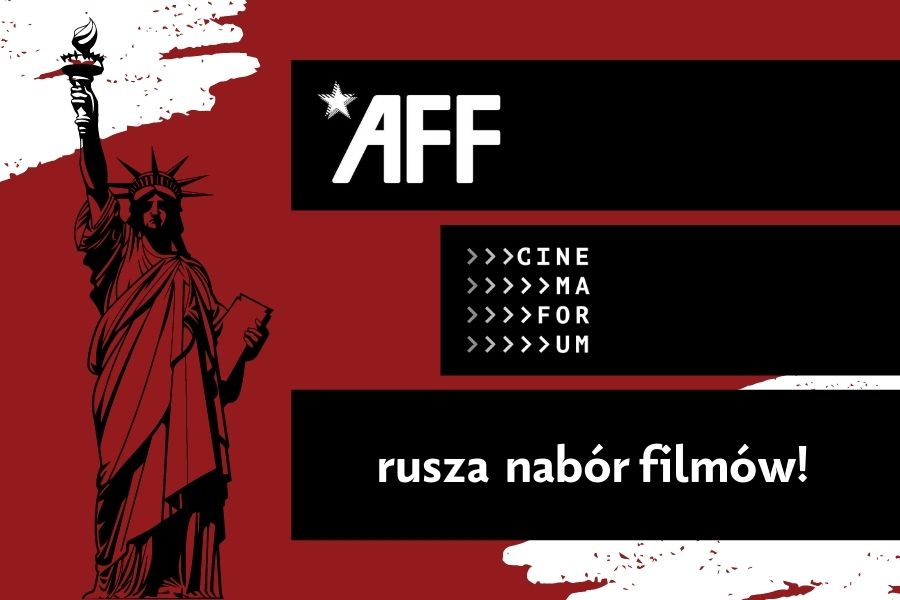 For the third time Warsaw-based CINEMAFORUM – International Short Film Forum and American Film Festival in Wrocław will present short films from the US during the joint section “American Shorts”. Call for entries starts on March 28th!

The mission of both events is to promote foreign films that, apart from festivals, are not available to the general public in Poland. The “American Shorts” series is a unique opportunity to watch carefully selected films from the United States.

From March 28th the organizers of both festivals are waiting for film submissions:

• produced in the US

• lasting no more than 40 minutes.

The selected films will be presented during the “American Shorts” section of both festivals: CINEMAFORUM in Warsaw (November 2-6 2022) and the American Film Festival in Wrocław (November 8-13 2022).

Detailed information about the events are available on the festivals’ websites:

The project was co-financed by the Ministry of Culture and National Heritage from the Fund for the Promotion of Culture and from the funds of the Capital City of Warsaw.

The program partner of the event is American Film Festival.

previousFrom project to pitching – the final day of the „FILM INDUSTRY LEADERS LAB” workshop!
nextCall for entries for the 21st CINEMAFORUM begins