From project to pitching – the final day of the „FILM INDUSTRY LEADERS LAB” workshop! 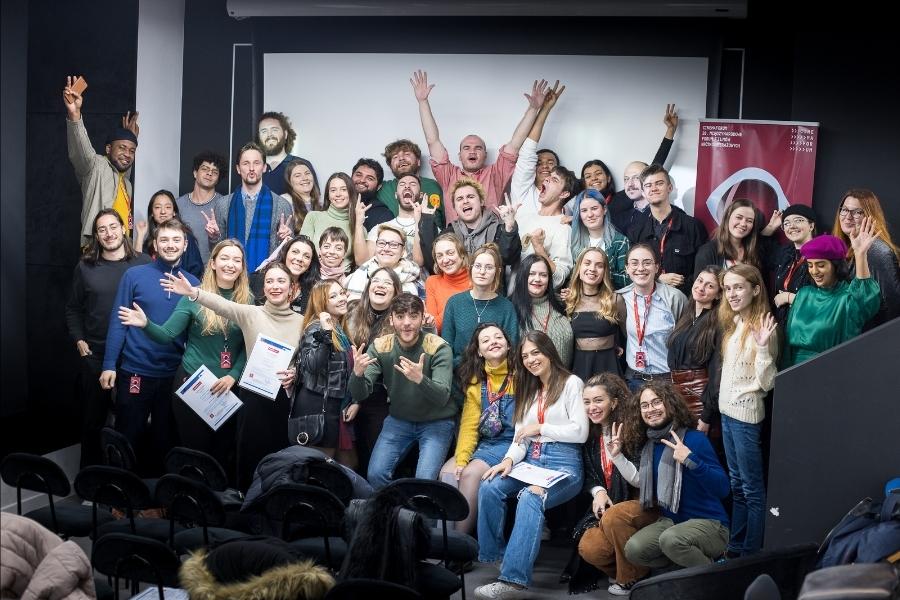 Young filmmakers from Poland, Malta, Ukraine and France took part in FILL – Film Industry Leaders Lab workshops, which culminated in pitchings of feature film projects. How did they handle this challenge?

FILL – Film Industry Leaders Lab is a series of international meetings, lectures and workshops, during which young filmmakers gained knowledge about distribution and production as well as planning the sales strategy of a feature film. The aim of the project, financed by the European Union, was to support young artists and improve skills useful in the film industry. The participants worked with experienced mentors and exchanged good practices with other workshop participants. The workshops were part of the industry section of the 20th edition of CINEMAFORUM – the International Short Film Forum.

During their week-long stay in Poland, FILL workshop participants took part in numerous classes and meetings with film industry specialists. They learned how to talk with investors, build a relationship between the director, writer and producer of the film, and how to raise money and plan the production budget. Among the lecturers there were recognized filmmakers from Poland – director Katarzyna Klimkiewicz and cinematographer Michał Rytel-Przełomiec. Algirdas Ramaška – director of the Vilnius film festival Kino Pavasaris, and film producer Magdalena Kamińska.

The most important and most anticipated element of the project was the final presentation of the acquired competences during the pitching sessions. On November 7, 2021, the participants and their guardians met at the Andrzej Wajda  Film Culture Center to present film projects and hear leads about the ideas.

The nine creative teams tried to make the best impression on the experts in just seven minutes of presentations! The event was hosted by the director of the CINEMAFORUM festival – Błażej Hrapkowicz.

The members of the project evaluation committee were:

The subject of the pitched films was extremely broad. From adventure dramas and horror movies to sci-fi and psychological thrillers. The presenters included in their presentations such aspects as: project budget, target groups, main artistic and production assumptions, locations as well as promotion and distribution strategy.

For most of the participants it was the first attempt to confront their own film vision with the assessment of industry professionals. Hearing tips will certainly be an extremely valuable lesson

and will help young filmmakers to advance their film career.

The “FILL Film Industry Leaders Lab” project was carried out with the support of the ERASMUS + program of the European Union.

previousThese are the winners of the CINEMAFORUM – the 20th International Short Film Festival!
nextCINEMAFORUM and AMERICAN FILM FESTIVAL together once again!