Call for entries for the 21st CINEMAFORUM begins 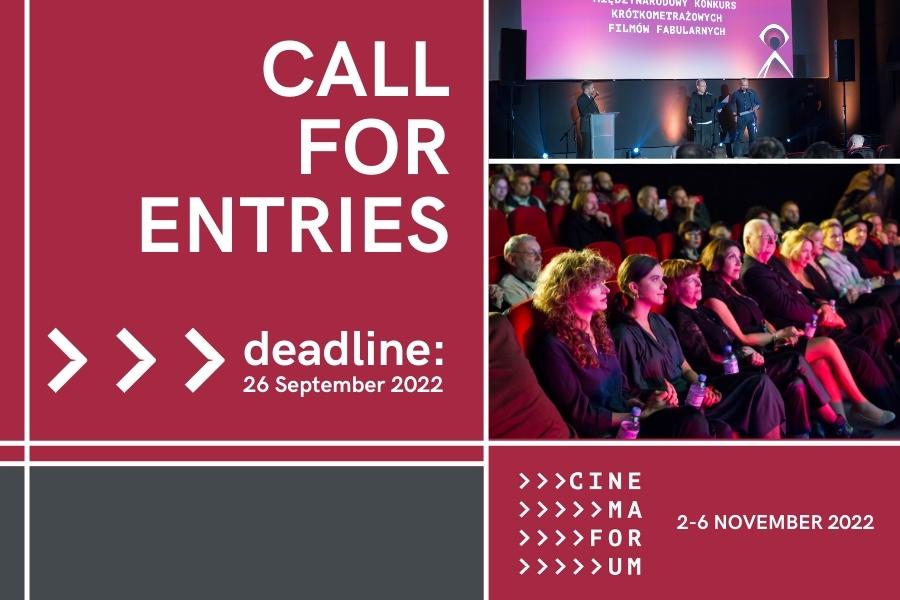 The call for entries to the International Short Film Competition has started. The competition will be held as part of the 21st edition of the CINEMAFORUM Short Film Festival. Applications can be submitted until September 26, 2022.

CINEMAFORUM is a great celebration of short films, which is an extremely important point on the festival map. Every year, film etudes from all over the world compete for the festival’s GRAND PRIX. This year’s edition of the event will be held on November 2-6 in Warsaw.

Last year, we did the reconnaissance, reviving the formula of a stationary festival after pandemic lockdowns. Now I hope that we have all settled in the new, still difficult reality. Cultural life, although inevitably changed, is back on the right track. We are waiting for applications to the International Short Feature Film Competition and we will see you in November – announces Błażej Hrapkowicz, the festival’s artistic director.

Feature films (including animations) on any subject may be submitted to the competition. The organizers are waiting for productions from around the world that were made after January 1, 2021. Their length may not exceed 40 minutes. Detailed guidelines can be found in the regulations of the competition.

To submit a film, read the regulations and complete and send the electronic entry form.

The organizer of the festival is FILMFORUM Association.

previousCINEMAFORUM and AMERICAN FILM FESTIVAL together once again!
nextResults of selection of the International Short Film Competition at the CINEMAFORUM